Firstly let me apologise for this post being a week late, however, I have several good reasons and some news. Personally, I was nursing an unwell hubby while picking up the slack in household chores and I wouldn’t even mention this if it wasn’t for the fact that I also began a couple of new professional ventures in both my professions, i.e. teaching and writing. It is the writing one, however, that I will talk about today for obvious reasons, this being a writing blog and all.

It has been one of the most interesting and challenging writing experiences I have ever undertaken. I’m really excited about it in fact! “Well what is it?” you say. Go on then, say it. OK OK you’ve dragged it out of me? This week I’ve participated in NaPiBoWriWee, short for National (American originally although now worldwide) Picture Book Writing Week. Paula Yoo, who started it was finding that she like many of us procrastinated so much that she didn’t write nearly as much as she hoped to. Inspired by NaNoWriMo (National Novel Writing Month) she decided to document in her own blog and also invite others to join her in a challenge she set for herself. The challenge: Write 7 Picture Book drafts in 7 days. That was seven years ago and NaPiBoWriWee has become bigger and better with guest posts, prize giveaways and a wonderfully supportive Facebook page. And that’s how I discovered it, through another writing related Facebook page which mentioned it. I was interested so I did a Google search and I’m so pleased I did.

Why? Simple I now have seven brand new ideas and four drafts which need a lot of work, two I’m pretty happy with an one… one golden gem I’m going to polish till it dazzles and submit far and wide! Obviously you can’t miss how happy I am with my gem, but the best thing is that I have much more than one gem which anyone can get at any time. What I have is seven possibilities. Seven drafts I’m unlikely to have written in a month, let alone a week! And what of the ones I struggled with. Who said a little struggle was a bad thing? Making myself complete this task despite the week’s writing and non writing challenges makes me feel really good. Really proud of myself and if nothing comes of any of them- including my gem, I have still written everyday for a whole week, which along with read read reading, is one of the most common pieces of advice given to writers on the road to publication. So you see, I can’t lose. How often does that happen in life, let alone in our writing life? No wonder I’m excited.

Incidentally, I came upon this accidentally just before it was due to start. There were writers on the Facebook page who were very happy with several of the drafts, writers who did more than seven, one who challenges herself each year to do one more than she did the year before. She managed ten this year. There were posts from Paula beforehand suggesting that you have your research done if you already knew what you planned to write about so your drafts were more successful. Many did, particularly those who like me had done PiBoIdMo (Picture Book Ideas Month) in January. These organized souls didn’t come up with seven brand new ideas but spent the months since January or maybe just the week before preparing and fleshing out some of those ideas ready to begin drafting on the first of May. NaPiBoWriWee goes from the 1/5-7/5 every year. 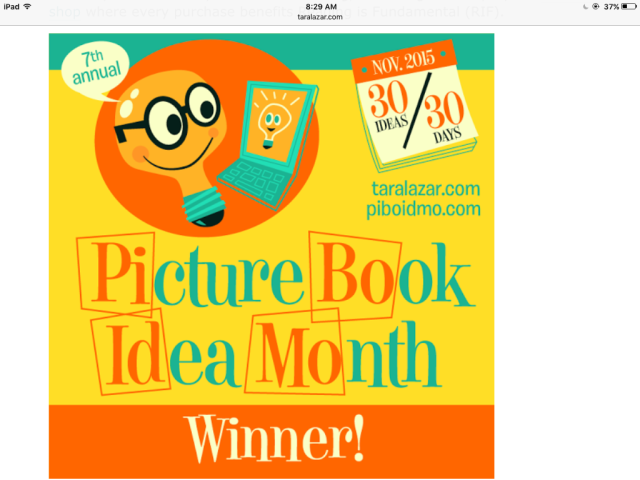 Go on admit it, you thought I was going to announce an offer for publication, didn’t you? Sorry, not yet, however, next week I will tell you about the first time I was published. Not my own book of course, you’ll know if that ever happens believe me, but in one of the many other ways a writer can be published. So go ahead check out the various writing month and week challenges out there and then check out this blog again next fortnight to hear all about my ‘big’ publication.

Hi Fellow Children’s Writers and Friends, I am a soon to be published Picture Book author as well as a wife, mother and Primary School teacher. I am loving the new 'sites' on the continuing road to publication. I belong to the Fellowship of Australian Writers(FAW) Creative Kids Tales(CKT) Jen Storer’s The Scribblers and although I'd love to belong to more writing related organisations, I have found friends, support, critiquing and general encouragement with these, for which I am truly grateful. I also subscribe to Tara Lazar's specialist Picture Book website; How to Write For Kids While Raising Them, Buzz Words and The Duck Pond where I am one of the moderators. These inspire me in the development of my craft. Worth a look if like me, Picture Books and Children’s Writing are your passion.
View all posts by Artelle Lenthall →
This entry was posted in Uncategorized. Bookmark the permalink.

This site is a landing pad for my stories.

Writing for Kids (While Raising Them)

Writer of stories and poems for children and adults

Resources for women writers, interviews with female authors & reviews of books by women

The latest news on WordPress.com and the WordPress community.

This site is a landing pad for my stories.

Writing for Kids (While Raising Them)

Writer of stories and poems for children and adults

Resources for women writers, interviews with female authors & reviews of books by women

The latest news on WordPress.com and the WordPress community.